Somerton has been called the “Best Little City in Arizona,” and local officials continued efforts to live up to the title in 2018 by focusing on projects that improve the quality of life for residents.

The city made some changes. Citizens elected a new mayor and the council hired a new city manager. Joseph Turitto, acting police chief since June, was named to the post permanently.

Somerton has been called the “Best Little City in Arizona,” and local officials continued efforts to live up to the title in 2018 by focusing on projects that improve the quality of life for residents.

The city made some changes. Citizens elected a new mayor and the council hired a new city manager. Joseph Turitto, acting police chief since June, was named to the post permanently

However, Anaya said, the council is “unified” and has the same goals. “That’s big. We’re excited about moving Somerton forward,” he added.

The community marked the 100th anniversary of the city’s incorporation with the June dedication of a new park at the base of Somerton's iconic water tower.

McGaughey noted that the park is designed as a place where residents can gather and "elders can sit while the kids play.” It has a splash pad, which has already proved to be a hit with kids. Future plans for the site include a culture center and museum.

Somerton also opened a new “andador,” or pathway for walkers, joggers and bicyclists, on Somerton’s west side. The asphalt trail extends one mile alongside Cesar Chavez, from Main Street north to County 15th Street. It is the fifth in what city officials foresee as a network of andadors that will criss-cross Somerton.

It is lined with outdoor lamps, benches, trash receptacles, landscaping and lighting so it can be used day and night. Exercise equipment, some of it ADA compatible, also line the pathway. Anaya said the intent is to add to the trail every year until it loops around the entire city.

Somerton continued working on a street project started 10 years ago. Most streets have now been reconstructed and meet ADA standards, according to Anaya. Water and sewer lines have been replaced. The plan is to finish off the undone pockets and then focus on pavement preservation.

“I can say we have the best infrastructure in Yuma County,” Anaya said.

McGaughey, who took the helm as city manager on April 30, recalled that the city’s infrastructure impressed him during a visit to Somerton. He noticed the “great downtown, the streets, the gutters, the sidewalks, the curbs, they were in great condition. That’s a sign of a quality city.”

City Hall underwent a reshuffling aimed at better serving both city employees' needs and economic development efforts. The goal was to improve customer service. “That’s why we’re here, to serve residents and give answers," McGaughey said.

Started last month and officially unveiled during the Tamale Festival earlier this month, the city’s push for outside dining at local restaurants has been a hit, Anaya said. As an incentive to participate in the program, the city assisted restaurants with the cost of facade construction. The overall vision is a downtown, pedestrian-friendly entertainment district.

It’s part of a broader economic strategy to attract new businesses and bolster those already here, McGaughey said. “The city is diligent in supporting local businesses.”

The city has already experienced a slew of new restaurant openings, including Burger King, Coffeeton Coffeehouse and Crepes, 85350 Sports Bar and Pizzaria and Cielito Lindo Birrieria.

The city wants to bolster economic development along both the east and west sides of the Highway 95 corridor by prioritizing construction of facilities. The east, in particular, is primed for commercial development.

The city has also been entering into “outside the box” partnerships with organizations, including SMTNews, Regional Center for Border Health and Cocopah Tribe.

The council has also focused on investing in police officer training and technology, such as body cameras. In addition, the Police Department revived the Bicycle Brigade to promote interaction with the community and acquired its first K9 service dog.

The Somerton Cocopah Fire Department obtained a grant that enabled the department to add paramedics and emergency medical technicians, allowing a second ambulance to go into service “100 percent of the time so we don’t have to rely on San Luis, Yuma or Rural/Metro (fire departments),” McGaughey said.

Although Somerton experienced many highlights, the city also faced some challenges, including exploring ways to fix a deficit of water and sewer funds, which officials are still doing.

Construction of a high school, which would be the first in Somerton, hit a snag when the owners of nearby farmland declined to sign an agreement restricting pesticide use. Owners of the neighboring parcels must sign the agreement in order for the Yuma Union High School District to begin building the school at a site on the city's west side.

McGaughey said both the district and the city are looking at options. “The school is a priority, no question. Somerton has never had a high school,” he noted.

In the meantime, both Anaya and McGaughey are pleased with the city’s progress during the past year. It’s become a city where people want to live, Anaya said. The population doubled in the last 15 years, with 17,403 people now living in the city, according to Anaya. “And it’s growing,” he noted.

They believe the growth is due to several factors, such as consistently being named one of the safest cities in Arizona and the city’s location, which is 12 miles from Yuma and 12 miles from the border.

However, there’s a low inventory of residential-ready development, although the city just recently approved two new subdivisions. The challenge is that land, most of it premium farmland, is expensive. “It’s a challenge, but it’s good people want to move into the city,” Anaya said.

The officials also believe Somerton’s many “great” events, such as the Tamale Festival, Corn Fest, Greater Days, Fourth of July and Petpalooza, bring in many people from outside the city and are helping to transform Somerton’s image.

“Somerton has become known in the area as the city that likes to have fun,” McGaughey said.

Still working on making sure Somerton is the “best little city in Arizona" is the council's goal for the new year. “We didn’t just say it, we’re working towards it,” Anaya said.

McGaughey feels the city is moving in the right direction. “I’ve been here seven, eight months, and I honestly feel Somerton is a city on the rise. I feel good about it,” he said.

“The best is yet to come,” Anaya added. 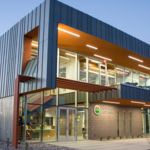