Doing Business Across The Border

The 4FrontED team of economic development professionals provide ONE-STOP services to help businesses establish operations. The well-trained staffs have information on the "how to."

Arizona’s six international ports of entry have received major capital investment (nearly $500 million) and continue to receive development focus. This investment included construction of San Luis II, redesign of San Luis I, and the modernization of the Nogales Mariposa Port of Entry making these ports part of the most modern land ports along the entire U.S.-Mexico border.

Over 1,500 international “Maquiladoras” operate in Mexico within 250 miles of the Arizona border region with more than 400,000 workers manufacturing consumer goods.

Mexico has bilateral cooperation and free trade agreements with 45 countries that provides privileged access to 1,090,885 consumers and 67.20% of the world’s gross domestic product.

Truck routes originating in the state can reach markets with upward of 65 million people within a day’s drive, while shipping access to markets around the world is only hours away via California’s coastal ports.

Union Pacific Nogales Subdivision links Nogales with Tucson and ultimately the Sunset line. From the border, the line extends south to connect with Ferrocarriles Mexicanos (Ferromex) to serve industries in Sonora and western Mexico (connecting to the Guaymas deep sea port and beyond to the south).

The 4Front region has six U.S. airports located along the Arizona-Mexico border with three having international designations. There are several international airports along the Mexican border such as the General Rodolfo Sanchez Taboada International Airport located outside Mexicali, Baja California that plays an important role for international business and tourism.

More and more benefits of doing business in the 4FrontED Region

The 4FrontED binational region is strategically-located at the intersection of two countries and four states: California, Baja California, Arizona, and Sonora. With access to a consumer market that exceeds 53 million people located within a 500-mile radius, the region is highly competitive for new business development.

Arizona-Sonora border communities have historic binational commerce and today the border region serves as the principal gateway for $28 billion of trade with Mexico.

Industrial parks and developable land appropriate for manufacturing facilities are available along the Arizona-Mexico border and border communities are business-friendly.

Entities and bilingual individuals with international trade and logistics expertise have been conducting cross-border business for decades.

Historic cross-border collaborative relationships at the local
and state level have been successful in furthering common
economic development goals as well as addressing important binational issues. The states of Arizona and Sonora have successfully worked together through the mechanism of the Arizona- Mexico Commission and the Comisión Sonora-Arizona for over 55 years.

A foreign investor can operate in Mexico according to four basic business models:

Direct Ownership (with legal presence in Mexico). Companies can establish 100% owned subsidiaries in Mexico, by incorporating a Mexican legal entity.

Companies establish operations in Mexico by allow a shelter company to handle all day to day logistics and management.

Subcontracting (with no legal presence in Mexico) – A specialized version of the shelter model.

Joint Venture (Co-Investment) – Companies can partner with other companies already located in Mexico. 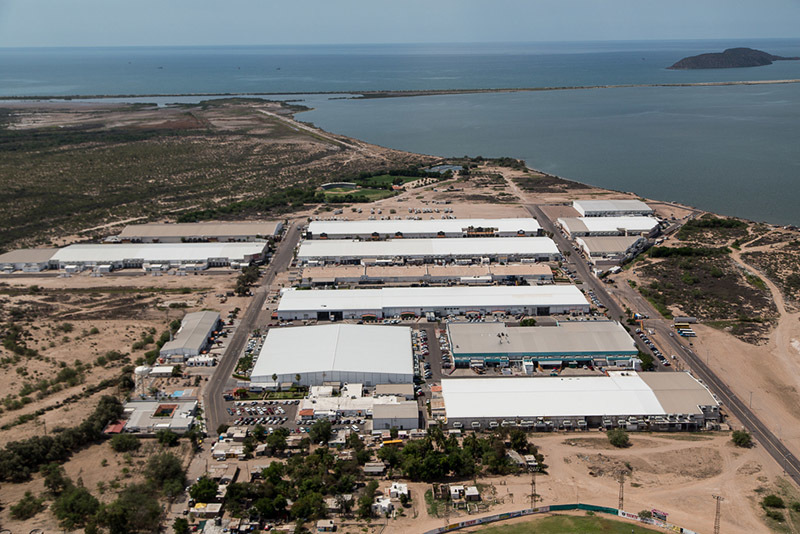 Most of the industry of the Sonora state is related to agriculture and fishing, in food processing and packing. In the 1980s, the state gained a large number of industrial plants called “maquiladoras,” mostly situated along the border and in the capital of Hermosillo. These are assembly plants run by mostly U.S. companies, which have certain duty and tax breaks. By the end of the 20th century, these enterprises had a large influence on the expansion and modernization of the border area, including Sonora. The number of maquiladoras has declined to manufacturing relocated to China, but the value of their output has increased as those that remain shift to higher value-added goods and automation. In addition, many of the plants abandoned by U.S. companies have been taken over by Mexican firms. Despite the decline of maquiladoras, exports from them have risen 40%.

IMMEX enables companies to import their equipment, raw materials and components duty free, for their transformation and re-export to other markets. This has been a highly effective system for more than 50 years.

Mexico’s IMMEX program is defined as an instrument to temporarily import goods and services that will be manufactured, transformed or repaired, and then re-exported without payment of taxes, compensatory quotas, and other specific benefits. In the past there used to be two separate programs in Mexico; Pitex for ‘temporary’ imports and exports, and the Maquila program for maquila-specific operations.

The new IMMEX program consolidates the benefits of these legacy programs and facilitates interaction with government authorities to operate under the program. The main benefit of the IMMEX program is the ability to defer taxes on goods that are temporarily imported into Mexico and the ability to consolidate import declarations.

In addition, companies can access the PROSEC program (Sectoral Promotional Program) to reduce or possibly eliminate import duties for goods and materials that are imported temporarily or definitively depending on the industry or services they provide.